Life in the Outer Banks

All about Outer Banks real estate and living on a sandbar

Outer Banks Taste Of The Beach

The Outer Banks Restaurant Association is presenting this four day event with several different event categories to choose. Categories include beer events, BBQ events, cooking classes, live music, lunches, multi-course dinners, new events, oyster events, wine tasting and dinners, and many more. The event dates are Thursday, March 23rd – Sunday, March 26th starting at 10 a.m. on each day. Events will be held at different restaurants, breweries, and locations in the Outer Banks community. Transportation is included for safe travels to the next event.

Scheduled Events for Taste of The Beach: https://www.obxtasteofthebeach.com/events/

Posted in Outer Banks Brewing Station, Outer Banks Events, Restaurants, Things to Do in the Outer Banks
no comments yet 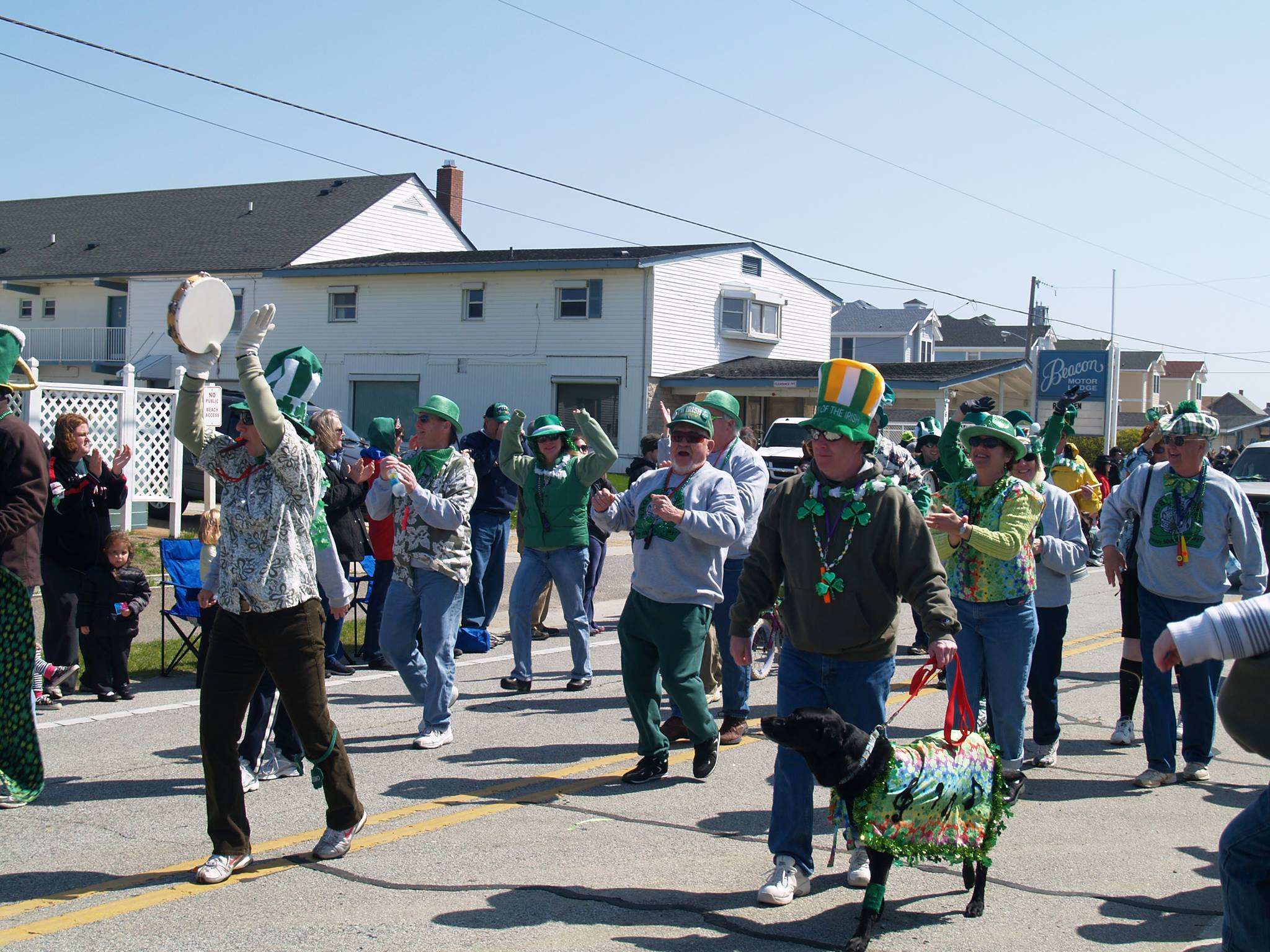 Join the parade this St. Patrick’s Day. Kelly’s 28th Annual St. Patrick’s Day Parade will be attributing the Outer Banks Medical Services. The theme of the parade this year corresponds with the 15th anniversary of the Outer Banks Hospital. Awards will be distributed to the individuals or groups who represent the principle of the theme and holiday of the parade. Gift certificates along with awards for best floats, music, and unit will be given. The parade starts at 1 p.m. on March 12th, and takes place on Highway 12. It stretches from Bladen Street to Driftwood Street in Nags Head. Kelly's St. Patrick's Day Parade is featured the list of the Most Anticipated Events on the Outer Banks. To register for the parade visit: www.kellysrestaurant.com

Posted in holidays, Nags Head, Outer Banks Events, Parades, St Patrick's Day, Things to Do in the Outer Banks
no comments yet

Take an ox-drawn wagon ride through Island Farm's pumpkin patch, and pick a perfect pumpkin. The pumpkin patch event begins on Saturday, October 3rd from 10:00am to 4:00pm. Island Farm opens at 10am and closes at 4pm.This event is reoccurring every Saturday in October.
The dates are October 3rd, 10th, 17th, 24th, and 31st. On the last day of the event, October 31st, wear your Halloween costume to receive a surprise. Admission is $8, and children ages 5 and under are free. You can take home a pumpkin for an additional $4.

Island Farm offers the chance to make your own corn husk doll, candle making, children's 19th-century toys and games, stuff a scarecrow, scarecrow photo booth for taking your own photos, and interacting with the farms animals. Wagon hay rides take place from 10:00am - 12:00pm and again at 1:00pm -3:00pm. Island Farm is located at 1140 N US Highway 64 in Manteo.

For more information on this event visit: http://www.theislandfarm.com/

Posted in Manteo, Outer Banks Events, Things to Do in the Outer Banks
no comments yet

Governor Pat McCrory made the announcent that the final roadblocks have been cleared. This will allow the N.C. Department of Transportation
to continue with construction of a new Herbert C. Bonner Bridge on N.C. 12 over the Oregon Inlet in Dare County. “This marks another historic milestone in finally replacing the critical lifeline bridge for residents and visitors of the Outer Banks and supporting our continued efforts to connect North Carolina,” Governor McCrory said. “I want to thank the entire team of NCDOT employees, state, and federal attorneys who have worked so hard to make this possible and find a solution for the Bonner Bridge project which had been stalled for more than 20 years.”

Environmental groups that are represented by the Southern Environmental Law Center have dropped all remaining lawsuits that prevented NCDOT from replacing the old Bonner Bridge with a new bridge parallel to the existing one. NCDOT and the contractor expect to complete final design and preconstruction work in time to begin building the new bridge in the Spring of 2016. NCDOT is also planning to construct a new interim bridge over the breached inlet on Pea Island, and also construct a 2.5 mile-long Pamlico Sound bridge from the southern end of the Pea Island National Wildlife Refuge into Rodanthe.

Posted in Hatteras, Hatteras Island
no comments yet

At a news conference in Raleigh, Sen. Bill Rabon, R-Brunswick, joined other lawmakers, and overviewed their proposal being said in response to Gov. Pat McCrory’s push to issue bonds in excess of $2 billion to pay for a wide range of projects. The project is to replace the center turn lane on U.S. 158 in Dare County with a raised median. These plans could potentially be moved ahead under a comprehensive transportation funding plan that is included in the Senate’s version of a new state budget.

“We share the goal of finding ways to shrink the gap between our critical transportation needs and our limited funding,” said Rabon. “But skipping hundreds of needed projects in favor of old politically connected plums is a step in the wrong direction. The best way to achieve our goal is not by stepping backward, but by going forward — and building on the transparent, data-driven process we already have in place.”

This project would enlarge U.S. 158 to six lanes and feature a 23-foot- wide raised median and sidewalks from the Wright Memorial Bridge to the U.S. 64/N.C. 12 intersection in Nags Head. The N.C. Department of Transportation had been evaluating the addition of lanes to Croatan Highway from Putter Lane in Kitty Hawk to Whalebone Junction in Nags Head in the future, and also building an interchange to replace the intersection of U.S. 158 and N.C. 12 in Kitty Hawk. The NCDOT verified that the expansion proposal, and a separate proposal to replace the U.S. 158/N.C. 12 intersection at a cost of $24 million, are not in their plans for the next decade, known as the Strategic Transportation Improvement Plan.

The Release of The New Flood Maps

One of OBAR and OBHBA’s most FAQ is when Dare and Currituck County flood maps will be released. Preliminary data shared almost a year and half ago showed base flood elevations going down in many areas, and if that is still the case, the release and ensuing adoption of the maps would give relief for homeowners in those areas paying a high flood insurance premium because of the elevation on the current map. Currituck and Dare Flood Maps were scheduled to be released over a year ago but the date keeps getting pushed back. The longer out the release date, the further out the effective date. The Dare County release date as of July 15th is now December 30, 2015 with a projected effective date of June 21, 2017. For Currituck County, the release date is December 31, 2015 and the projected effective date is March 21, 2017.

Posted in Currituck, Outer Banks Real Estate
no comments yet

A rare sighting of a manatee was spotted in the ocean at Jennette’s Pier in Nags Head on Tuesday. One was spotted at Jennette’s Pier last summer, and another was seen in Dough’s Creek and Shallowbag Bay around Manteo several years ago. Manatees are usually spotted more frequently in Florida, but they occasionally wander into North Carolina waters. During the summer months, Florida manatees are known to migrate north. The manatees follow the warmer waters. According to a post on the pier’s Facebook page, there are two sub-species of West Indian manatees: Antillean manatees and Florida manatees. The first group inhabits parts of Central and South America, and the latter inhabits the southeastern United States, particularly Florida.

Posted in Nags Head
no comments yet

The Sandbar 5K Race starts on the beach at the MP 4.5 lifeguard tower. The race is on August 2nd, and will begin at 7:30 AM. This charity event benefits the Outer Banks Relief Foundation.  The foundation raises funds to help people on the Outer Banks with debilitating diseases and families in crisis. The participants run north on the beach then back south to the start/finish line. There will be medals given out for age group finishers with first, second and third overall male and female receiving gifts/ vacation packages. Gift certificates and other prizes to be awarded randomly by bib number on the day of the race. T-shirts are given for every entrant. For more information visit outerbanksrelieffoundation.com/sandbar-5k/.

Posted in Kitty Hawk, Outer Banks Events, Runs and Marathons
no comments yet

The 13th Annual Summer One-Design Regatta hosted by the Roanoke Island Maritime Museum takes place the last Saturday in July every year. The event is scheduled on July 25th with a $20 charge that includes one dinner and one t-shirt. It is a great event for the whole family. It is a one-day event will have races starting every 3 minutes. There will be an awards presentation and a cookout. Awards will be presented to the top 3 finishers of each class. For more information email: sailing@townofmanteo.com.

Posted in Manteo, Museums
no comments yet

N.C. Division of Coastal Management has introduced a new mobile-friendly website to help visitors find public beach and waterfront access areas. The launching of the website will help make it easier for visitors and locals alike to find a waterfront access that fits their needs. The website has information for more than 400 sites all along the state’s 300-mile-long coastline. The website includes the location of each site, a site photo, number of parking spots, parking fees, restrooms, shower facilities, and more.